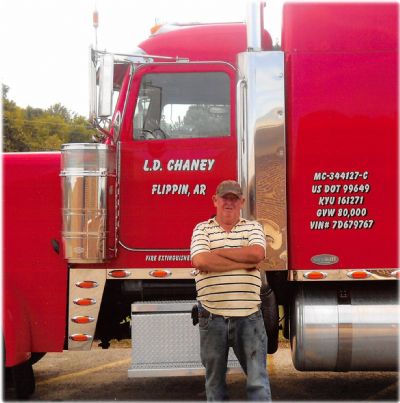 He was born January 28, 1950 in Gassville, Arkansas to Ulane Leon and Beulah (Carter) Chaney. He lived in Flippin most of his life. He was employed by Vexus Boats and Larry was owner-operator truck driver for most of his working life. He was known as ''Turtle'', his CB handle. His hobbies were watching old western movies and playing cards. He used to enjoy fishing.

He was preceded in death by his parents, grandparents, and one brother, Brad.