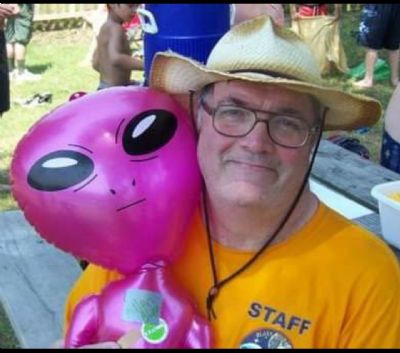 Johnny Dean Davidson was born October 18, 1951 in El Paso, Texas to Rex and Ruby Heigle Davidson. Johnny was the second child of three. The first being Ricky and the youngest being their sister Sarah (Hamilton) which completed their family. He was preceded in death by his parents and older brother Ricky Davidson.

Being an army brat, he was privileged to travel the world with his family. He went to Germany and several areas of the United States until his father's retirement from the service in the 1968 when they settled in Heber Springs, Arkansas. In 1971, he met his future wife, Carla Roberson. They had to wait three long years until her graduation before they could marry. The couple moved to Conway, Arkansas in June of 1974 where they spent their married life and raised four amazing children, Elizabeth, Jacob, Jared and Jubal. And was a loving grandfather to six grandchildren, Allison, Justin and Trevor from son Jared and daughter-in-law Jackie (Close) Davidson and Dylan, Adalynn and Amelia from son, Jubal Davidson.

Johnny was a very outgoing person who made friends easily, everywhere he went. He was always looking for the best in people and usually found it, even when no one else could. His only regret in life was he was unable to obtain the rank of Eagle Scout due to the frequent moving. However, he did receive many scouting awards including several he was very proud of such as the Silver Beaver, the District Award of Merit, Commissioner's Key, Scouter's Trainer Award, the On My Honor- Adult Religious Award and Vigil Honor Member of the Order of the Arrow. He spent over 40 years as an adult scouter, teaching and helping other scouts achieve their goals.

He lived a full life and touched many people. He was always ready to help someone in need. He would frequently stop to help change a tire, give someone a lift or buy a meal for someone hungry.

If all people were like Johnny, we would be living in paradise on earth.