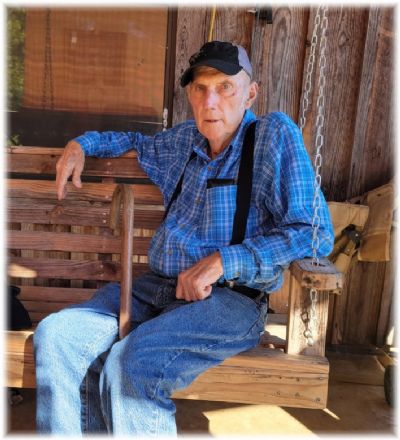 Wayne Hamilton, 81, of New Blaine, Arkansas passed away at his home on Friday, October 29, 2021 surround by his family.
He was born on February 24, 1940 in Ratcliff, Arkansas to his parents Francis Cebrain Hamilton and Emma Sadalia (Lassiter) Hamilton. Wayne worked as a painter for Chicago Bridge and Iron and was a Veteran of the United States Navy. He was known by all knew him as a jokester, he was always telling jokes or playing tricks on people. He loved spending time with his family, his dogs and being a Farrier.

He is preceded in death by his parents mentioned above; two brothers, three sisters and one grandson.

Graveside Service and Burial will be held at 10:00 a.m., on Monday, November 1, 2021 at Ellsworth Cemetery near Midway officiated by Rev. Rick Nye.

Honorary pallbearers will be Rathe and Mica Hamilton.

Graveside service and arrangements are under the direction of Roller Funeral Home in Paris. Online guestbook at www.rollerfuneralhomes.com/paris