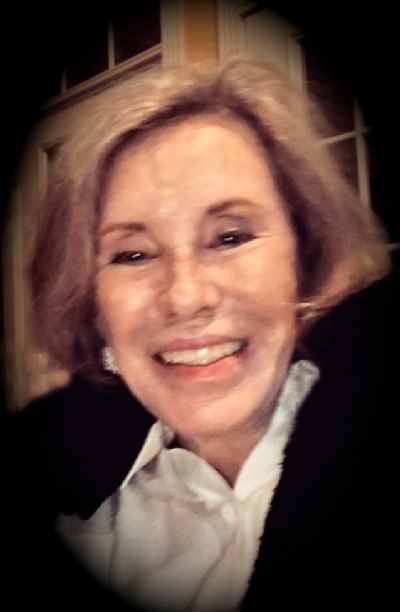 It is with sadness the family of Joanne (MinnieBelle) Stevens, Ph.D. announces her passing on Sunday, October 17th, 2021 in Conway Arkansas at the age of 83. Joanne was born on September 27th, 1938 in Hanford, California to Arlis R. Stevens and Roma Norman Stevens.

Joanne was a fiercely independent person and that never waned. She described herself as being a feminist in a time where it wasn't kosher to be a feminist; she took much pride in keeping her maiden name, again, in a time where that was uncommon. Education was important in Joanne's life, she attended Arkansas State Teachers College where she earned a bachelor's degree in home economics and attended graduate school at East Texas State University where she received her doctorate in psychology. Joanne married her friend and the love of her life, Bruce Holliman, in Florida. Bruce and Joanne had many wonderful years filled with travel and laughter. There were always many stories shared when the two made their way to Arkansas for the holidays. Joanne, along with her husband Bruce Holliman, worked for over 20 years at the University of Southern Mississippi, in Hattiesburg, where she taught psychology and was the dean of student services for the last 10 years of her tenure. Of the many talents and interests Joanne held, her love of travel was the one that spoke most to her heart. Joanne began her travels at an early age, she left Big Flat for France where she worked for the US Army as a civilian for 2 years. The experiences she had and the wonderful people she encountered on that first trip, never left her. In her latter years she continued to travel back to France where she took painting classes. Joanne also loved the art of cooking and she did it well. Not being raised in a state where gumbo was served, she entered a gumbo cooking contest in the gumbo capital, of Louisiana, and won. Anytime you would visit her home she always had something on the stove cooking. Joanne made her move back to Arkansas after losing her home and all its contents to Katrina. She picked herself up, bought a mansion, fully renovated it and turned it into the Ward Mansion Bed and Breakfast in Conway. The dream she and Bruce had of owning a bed and breakfast after retirement became a reality for her. She was in her element and she had the reviews to show it.

Left to cherish the memories of Joanne is her brother Bobby R. Stevens of Bee Branch, step-son David Holliman of North Carolina, niece Marbie and Johnny Mitchell of Beebe, nephew Brock and Beth Stevens of Clinton, nephew Kurt and Amanda Stevens of Greenbrier, niece Melissa Mott of Missouri, niece Sarah Holmes of Virginia, great niece Carlea Stevens, great nephews Tyler and Logan Stevens as well as many cousins and countless friends. Joanne is preceded in death by her parents Arlis and Roma Stevens, husband Bruce Holliman, sister Neal Smith and sister-in-law Rose Stevens. The family would like to extend their gratitude to Joanne's caretakers who spent countless hours and were with her daily over the past year to ensure she had everything she needed.