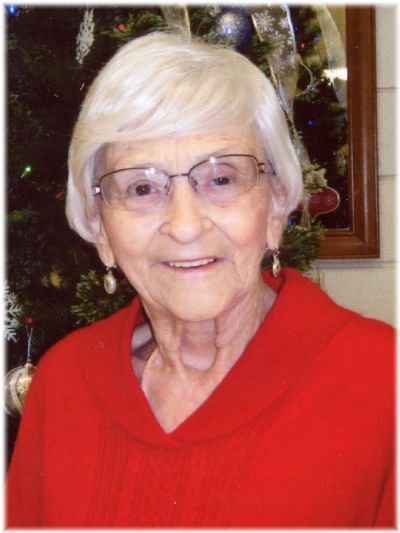 She was born on October 20, 1934 in Linden, Iowa to her parents, Rex Brown and Lovina (Tam) Brown. Jaunita worked at the Wal-Mart Supercenter in Fort Smith as the Shoe Department Manager and was a devoted member of the First Baptist church of Paris. She attended the Adult Sunday School class and helped to prepare meals in the kitchen at the church. She enjoyed working in her roses, doing adult coloring books and going to the Senior Citizens Center.

She is preceded in death by her husband of fifty-one years, Warren E. Shade and her four brothers.

She is survived by her two sons, David Shade and his wife, DeeDee of Bentonville, Doug Shade and wife, Rhonda Of Van Buren; two daughters, Denise Eoff and husband, Wendell of Farmington, New Mexico, Molly Sanders and husband, Jimmy of Grove, Oklahoma; eleven grandchildren; seven great grandchildren; other family members and many friends.

Funeral Service will be held at 10:00 a.m., on Tuesday, September 28, 2021 at First Baptist Church in Paris officiated by Rev. Harlin Brewton. Burial will follow in Oakwood Cemetery in Paris under the direction of Roller Funeral Home in Paris.

Honorary Pallbearers will be her granddaughters.

Memorial donations may be made in her honor to the Boys and Girls Club of Paris, Diamond Hills Unit through First National Bank of Paris or to the First Baptist Church Building Fund, 311 E Main St, Paris, AR 72855.