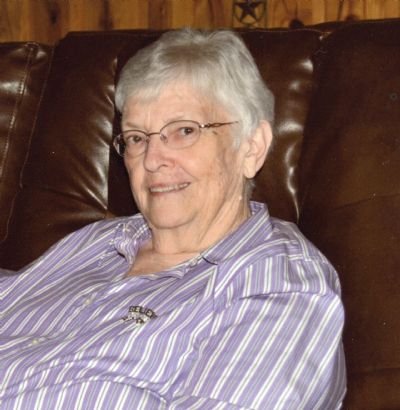 Retha Sue (Maronay) Reece, 79, of Clinton, Arkansas passed into the arms of Jesus on the evening of September 9, 2021 at her Culpepper Mountain home surrounded by her loving family. Retha was born at home on July 17, 1942 in Hayti, Missouri to the late Jess and Amanda (Bradshaw) Maronay. She spent her childhood picking and chopping cotton in the fields alongside her parents. Retha graduated from Hayti High School in 1959 at the age of 16. She married Jerry Reece on October 6, 1960. During their 35 years of marriage, Jerry and Retha owned and operated several trucking businesses in Missouri, Texas, and Arkansas, including RJR Leasing, which they operated until the time of Jerry's death in 1995. Retha did medical transcribing for two world renowned neurosurgeons in St. Louis, Missouri. She later performed bookkeeping for Daniel Construction in New Braunfels, Texas.

She was preceded in death by her husband, her parents, and her siblings Jesse Maronay, Charles (Enela) Maronay, Lawrence (Carolyn) Maronay, and Willard (Marie) Maronay.

A private family memorial will be held at a later date. Memorial gifts can be given in her name to the ASPCA.