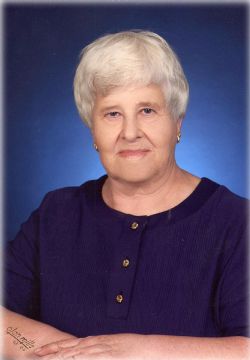 She was born October 6, 1936, in Paris to the late Joseph and Bertha (Huber) Vogelpohl. Irene worked at the home as a homemaker and later at the Coury House at the Subiaco Abbey. She was a member of the St Benedict Catholic Church and Mother's Society, Catholic Knights of America, Logan County Fair Board and a charter member of Subiaco Extension Homemakers.

In addition to her parents, she was preceded in death by her husband of 53 years, William G. "Bill" Friemel; three brothers, Joseph, Albert and Jerry Vogelpohl and a sister, Betty Vogelpohl.

Survivors include a son, Tony Friemel and wife, Dawn of Subiaco; a daughter, Carolyn (Friemel) Paxton and husband, Jackie of Van Buren; four grandchildren, Alana Hicks and husband, Ben of Bono, Amanda Stroud and husband, Easton of Van Buren and Jacob and Matthew Friemel, both of Subiaco; a great grandchild, London Hicks of Bono; two brothers, Ray Vogelpohl and wife, Theresa of Perryville and Stephen Vogelpohl of Paris and a sister, Lucy Tausinger of Huntington.