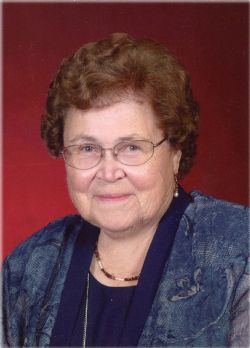 Marie (Komp) Schluterman, 99, of Paris, Arkansas passed on to her heavenly reward on Friday, August 13, 2021 at her home surrounded by her family. She was born on September 23, 1921 in Paris to her parents, Henry Komp, Sr. and Theresia (Baumgartner) Komp.

Marie was a homemaker and member of St. Benedict Catholic Church and Mother's Society and the Subiaco E.H. Club. She was a very loving and giving wife, mother and grandmother. She loved cooking, sewing and canning.

In addition to her parents she is preceded in death by her husband, Benard "Bennie" Schluterman; one daughter, Rita Kay Schluterman; one sister, Hilda Strobel; three brothers, Henry Jr., Lawrence and George Komp and one son-in-law, Phillip Schneider.

Pallbearers will be her grandsons.

Honorary pallbearers will be her granddaughters.