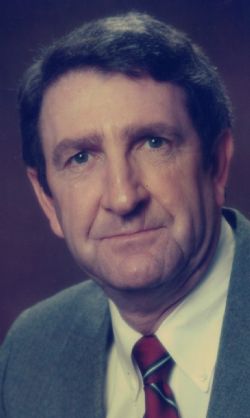 Sam Avery Lehr Jr, 86, on Sunday July 25, 2021, instead of getting up to go to church got up and went to heaven He was preceded in death by his first wife Joan Minor Lehr and is survived by his devoted wife Carolyn, daughter Suzanne Ross (David) of Bella Vista Arkansas, his daughter Laura Lehr of White Lake Michigan, a loving Step Daughter Lyda Cay Harris of Dyersburg Tennessee and his son and Best friend Richard Lehr of Memphis, TN and brother Gene Lehr of West Memphis; grandchildren Baxter Ross, Emily Mullens, Garrett Eglitis and Hanna Swan and 2 great grandchildren Griffin Samuel Ross and Drew Collins Ross.

Sam was a retired supervisor for the Army Corp. of Engineers for whom he worked for over 30 years. Sam kept busy during retirement with continual home improvements. He was the first "Tim the tool man Taylor". He loved to fish and his fish fries were a treat for so many.

Sam contributed to the community through service on the West Memphis City Council, Vice mayor for the city, The West Memphis Airport Commission and the Great river road commission. He was active in the Jaycees and for many years sold Christmas trees for the Rosewood Methodist Men's club.

Sam was an active member of the First Presbyterian Church of West Memphis where he loved his chance to learn more about Christ through his Sunday School Class. He was never afraid to ask questions that would enhance his and the classes understanding of the scriptures.

Sam fell in love and married Joan on Ground Hog Day 1958 and they raised 3 children together until the Lord called her home on February 6 ,1987. Sam's faith was tested during this time but he maintained that faith and the Lord filled the void that was left in his heart with Carolyn to whom he was married to for the last 26 years. Sam's Love and devotion to his family was only exceeded by his love and devotion to Christ whom he now stands beside in heaven. Sam had a strong faith and belief in Christ and showed this by example in the life he lived. Sam's fervent and sincere interest in other people won him many friends and acquaintances.

The family kindly asks memorials be sent to either the West Memphis Presbyterian Church or to the American Caner Society.


When I must Leave You;

When I must leave you for a
Little while, please do not
Grieve and shed wild tears
And hug your sorrow to
You through the years, but
Start out bravely with a
Gallant smile and for my
Sake and in my name live on
And do all things the same.