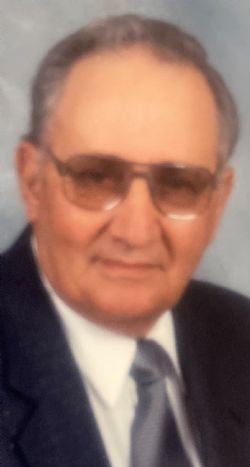 James Bramucci, 89, of Shell Lake, Arkansas died at home on July 24, 2021 surrounded by family. James loved the Lord and was an active member of First Assembly of God Church in West Memphis, Arkansas for many years. He was a graduate of Marion High School. James was a farmer for 67 years and never tired of riding around the farm and looking over the crops. He enjoyed sports and one of his greatest joys was watching his grandchildren's games.

He was preceded in death by his parents, Alesandro and Pierina Bramucci; his brother, Pete Bramucci; and his sisters, Rosa Miller and Marie Martin. James is survived by his wife of 66 years, Sue Sharp Bramucci. His children, Susan Marotti (Joe) of Crawfordsville, AR; Renee Bennett (Jeff) of Marion, AR, and John Bramucci (Tabetha) of Marion, AR. Seven grandchildren, nine great grandchildren, and a brother, Louis Bramucci (Connie) of West Memphis, AR.