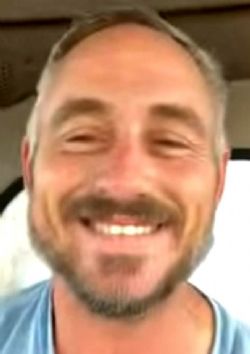 He graduated from West Memphis Christian High School in May of 2001 after which he began a life of farming, which was his dream. As long as he was on a tractor, he was happy. He loved hunting and fishing as much as he loved farming.

He is survived by his children Lew Brown, Audrey Brown and Bella June Brown of Cabot, AR. They were the light of his life. He is also survived by his father Dillard Brown (Deborah) of West Memphis, AR, sister Blair Houtas (Asterios) of West Palm Beach, FL, grandmother Martha June Williams of West Palm Beach, FL, formally from Hughes, AR. As well, he will be remembered by many aunts, uncles and cousins. He is predeceased by his mother Tommie June Brown, grandfather D.L. Williams Jr. and grandmother Polly Brown.

Warner had the biggest heart and never met a stranger. He always was a giver; he would give his time, his love or anything he had to anyone he thought needed it. He even gave in his death by donating his organs. His larger-than-life smile, giving heart and his caring nature of all beings will be missed by many.


The family kindly asks any memorials be sent to: West Memphis Animal Alliance at http://www.westmemphisanimalshelter.com/new-page-1