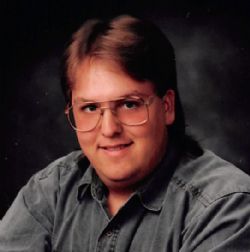 Chris Patz, 47, of Mountain Home, Arkansas passed away Tuesday, July 7, 2021 in Mountain Home. He was born on July, 2, 1974 in Muskego, Wisconsin to Wallace G. and Joan (Swette) Patz. He was a member of the First Assembly of God Church in Viola, Arkansas, loved fishing, anything to do with cars especially his dream cars '57 Chevies, and playing with his great-nieces.

A memorial service will be held at 1:00 pm on Saturday, July 24, 2021 at Roller Funeral Home. Interment will follow at Bean Cemetery in Gamaliel. In lieu of flowers, please make donations to Hospice of the Ozarks in the name of Chris and Shawna Patz. Arrangements are under the care of Roller Funeral Home. Please visit our online guestbook at rollerfuneralhomes.com.