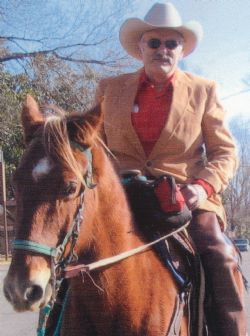 Born January 16, 1942 in Norfork, Arkansas to Harry and Mary Erwin, he was the oldest of 3 siblings. Being raised on a farm, he was instilled with a driven work ethic that emanated from him all his life. He graduated proudly from Flippin High School in 1960 and would marry Patsy Gray on May 31, 1960. They would then move to Patsy's hometown Lamesa, Texas. He worked at the school in Welch. This is where their oldest son Mike would be born. They would then move to Eureka Springs, where Ronnie would work on the Beaver dam. Their daughter Rhonda would be born here. From there, they would move to Kansas City, where Ronnie was employed by Cook paint. This is where Ryan would be born.

Their final move would be back to Flippin, where they have resided since. Ronnie would find work in construction of new houses. He was later hired by Flippin School, working almost 30 years as maintenance supervisor before he retired.
He was inducted into Flippin School Hall of Fame in 2015.

Ronnie enjoyed his family, church, racing, sports, and riding the trails of the Buffalo National Forest on his horses and was known to have a variety of animals around the farm. His knowledge knew no bounds, for when it came to problems he would find a way to solve them, from farm equipment to his kids toys, he could tear it apart and put it back together and make it better than it was. This knowledge would lead him to be great consultant to family and friends. Ronnie's infectious smile and kind demeanor were well known around the city of Flippin. He lived a long and full life, touching others' lives along the way.

His parents, Harry and Mary, and his siblings, Tommie and Carolyn have preceded him in death.

There will be a celebration of life/memorial service June 19th at 1:00 pm At Flippin First Baptist Church.

Funeral Arrangements are in the care of Roller-Burns Funeral Home in Yellville, Arkansas.