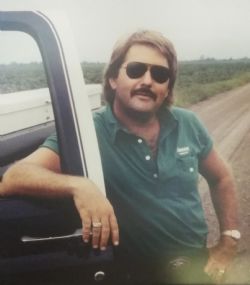 Peppi Pirani, 63, of Marion, Arkansas, passed away on Wednesday, February 24, 2021 at Methodist University Hospital in Memphis. He was born in Memphis Tennessee on August 25, 1957 to Maxine and Adolph Pirani. He was preceded in death by his parents.

He is survived by his sister, Judy Pirani; his brother, Mark Pirani (Jane); his nieces Kathryn Pirani, Zoe Taylor, Melissa Pirani Neale (Alex), Kelsey Pirani Hensley (Ross), and nephew Sam Pirani (Andrea) who were all his favorite. He had 4 great nephews and 3 great nieces.

Peppi graduated from Marion High School in 1975. He attended Mississippi State University and Arkansas State University. After college he worked for Orgill Brothers before joining his family farm. He had an accomplished 40-year career as a cotton farmer.

Known for his uniform of tee shirts, jeans, and white sneakers, Peppi had a one-of-a-kind personality. He was intensely loyal to all of those who were lucky enough to call him a friend. His humor and dry wit left an impression on everyone he met. A man of few words, those who knew him well could count on him for anything. As an uncle, he was adored by his nieces and nephews who will always recall the pearls of wisdom he left with them.

In lieu of flowers, please make a pass line bet in Peppi's honor. If you win, please donate the winnings to the charity of your choice.

Roller-Citizens Funeral Home will be following guidelines issued by the Arkansas Department of Health and the CDC regarding COVID-19. Social distancing of at least six feet must be practiced and all funeral attendees must provide and wear their own mask.