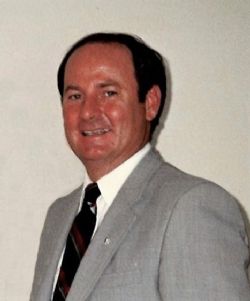 Dennis Lee Welch was born an only child to DeWitt and Betty Welch on February 26, 1948 in Searcy, Arkansas. He grew up in North Little Rock and played baseball until he was a teenager. Then he found the sport he truly loved, golf. He made the golf team in high school and college (UALR) and continued to play all of his life. He was a scholarship student and completed his education at University of Arkansas in Fayetteville Phi Beta Kappa with a Masters in Zoology. After graduation, fate stepped in and he became Regional sales manager for CCP Industries. This meant travel and greater responsibilities.

He married the love of his life, Brenda, and started a family in Omaha, Nebraska. The loss of their first child, Lauren, made him value life and love in far greater measure. He was the happiest of dads when Drew and Jennifer were born. They were the sun, the moon, and the stars of his world. He was so proud of them. We used to talk about how he wanted to be remembered and he would say, "that I was a good daddy." But he was more than that. He was outgoing, jovial, and he never met a stranger. He was a talented artist and found satisfaction in creating stunning works of art, many of which he gave to his friends. But his final career as a biology professor at Pulaski Technical College gave him great satisfaction. He felt he was making a real difference in people's lives for the better. His students loved him for his efforts to help them learn. He truly cared about the success of each student.

He has struggled with Parkinson's disease these past years, but he never gave up hope that he would make it out to the golf course again. If only to ride in a cart. His labors are over, he is at peace at last. And yes, he was a very good daddy.