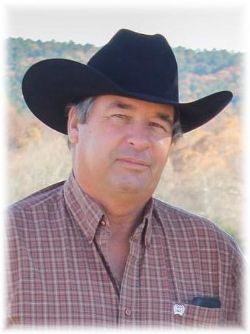 Carl Raymond Turner, 60, of Booneville, Arkansas passed away on Wednesday, February 24, 2021 in Scranton. He was born on April 4, 1960 in Danville, Arkansas to his parents Carl and Frances (Myers) Turner.

Raymond worked as a Farm Manager for Stephen's Productions for many years and was the owner and operator of Turner Generators. He loved riding horses, working cows and following softball, especially when his daughters were playing.

He is preceded in death by one grandson, Remington Cameron; one brother, Jason Turner and his grandmother, Velma Turner.

He is survived by his two daughters, Erica Cameron and husband Lance of Scranton and Brooke Turner of Booneville; his parents, Carl and Frances Turner of Havana; one sister, Terri Partin and husband Brian of Dardanelle; one brother, David Turner and wife April of Havana; two grandsons, Reid and Rydge Cameron; three nieces, Desiree Turner, Carlee Partin and Krista Fowler; two nephews, Darren Turner and Turner Partin and numerous aunts, uncles and great nieces and nephews.

Funeral Service will be held at 2:00 p.m., on Monday, March 1, 2021 at Western Yell Church of Christ in Havana officiated by Rev. Eldon Stephens. Burial will follow in Moore's Chapel Cemetery in Waveland under the direction of Roller Funeral Home in Paris.

Honorary pallbearers will be Reid and Rydge Cameron.

We are complying with the Arkansas Department of Health guidelines and all attendees must provide and wear their own masks before entering.