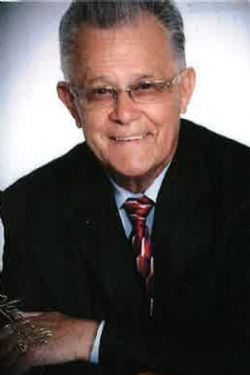 Bernie Crawford, passed from this life on January 10, 2021.
He was preceded in death by his loving spouse, Brenda Crawford; his parents, Marrion and Mary Crawford; his brothers, Buford Crawford, James Crawford, and Marrion Crawford; as well as his sisters, Ruthie Ann Crawford, and Mary Eubanks.
Those left to cherish his memory are his daughters, Melissa Griggs, and Dee Dee Schanick; his brothers, David Crawford and Charley Crawford; his sister, Becky Thomas; as well as his grandchildren, Gregrey Schanick, Alexis Griggs, and Landon Griggs, and Aleiah Weatherly.
Our daddy was a man of many trades. As a young 15 year old he managed to get his birth certificate changed to a year older so he could enter the US Airforce. Upon finding out what happened he was Honorably Discharged. He then entered the Army (legally) and fought for his country. He loved the USA until his death with a great love. After leaving the Army with an Honorable Discharge, he married our momma in 1962 until her home going just 9 short weeks ago sharing 58 beautiful years. Dad was a face of many trades, he worked the cotton fields, he worked the factory in the day time and he became a professional wrestler, where he wrestled under the names Billy Lions and the Green Hornet. Going to a match one afternoon, God spoke to him and said this is your last match. He turned to momma and told her what God said. He was done that night. He tossed his cigarettes' out the window, got to my Grandpa Johnson and thus began his journey with Jesus. God called him to preach. He pastored in Manila, Arkansas, built 2 churches, one in Brinkley, Arkansas and South Haven, Michigan. He then evangelized for 16 years. He retired here in West Memphis and lived here till God called him home. While visiting Dee Dee in Michigan. As stated he medically died of Covid complications but we all know he died of a broken heart missing his bride. He was the best Daddy God ever created, the most amazing Paw Paw to his four grands, and a fantastic father-in-law.
Thank You Daddy for all your love. We miss you so bad.
Visitation will be held at Roller-Citizens Funeral Home on Monday, January 18, 2021 from 5 8pm.
Funeral Services will be held at Roller-Citizens Funeral Home on Tuesday, January 19, 2021, at 11:00am.
Roller-Citizens Funeral Home will be following guidelines issued by the local Department of Health and the CDC regarding COVID-19. Social distancing of at least six feet is recommended for outdoor services and all funeral attendees are requested to wear masks.
Online condolences may be made at www.rollerfuneralhomes.com/WestMemphis.