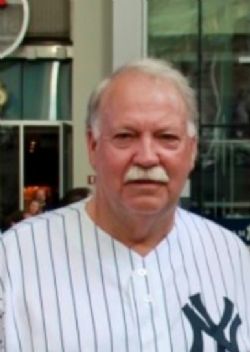 Donnie was born July 25, 1947 in Marvell, Arkansas to Margie (Guin) and Earl Jessie Lee Mooney. Donnie graduated from Hughes High School in 1965 and began wearing several hats around town and continued to serve the Hughes community for the majority of his life. He coached his sons' little league baseball teams with the Hughes Athletic Association following them through Pony League. At the age of 30, Donnie was ordained a deacon at Central Baptist Church in Hughes. He served with the Hughes Volunteer Fire Department for 22 years ending his career as Assistant Chief. Donnie was a staple at Johnson Marotti Chevrolet serving each customer with his always genuine smile. He retired as Service Manager from then Mike Bennage Chevrolet in 2012 after 41 years. Remaining committed to his community during this time, he served on the City Council and as the Mayor of Hughes and eventually returned to the Hughes School District as a member of the school board.

Donnie was an avid gardener often planting over 100 tomato plants each summer. A lover of all things outdoors, he enjoyed deer hunting (button bucks beware) and fishing of any kind. As the self proclaimed "Crappie Master", you could often find him with a pole in the water on a nice afternoon any given time of the year. Donnie never met a stranger, and will be remembered as a gentleman, always ready to lend a helping hand, slow to anger, with a kind spirit and an infectious smile.