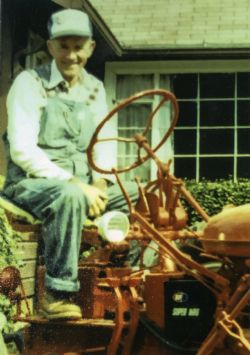 Travis Junior Henderson, 99, of Scranton, Arkansas passed away on Friday, November 20, 2020 in Ozark, Arkansas. He was born on October 5, 1921 in Dublin to his parents Travis A. and Mary (Hancock) Henderson.

Junior was a United States Army veteran serving in WWII, a retired rancher and a member of the Dublin Freewill Baptist Church.

Graveside service will be held at 11:00 a.m., on Monday, November 23, 2020 at Wares Chapel Cemetery near Scranton officiated by Rev. Jeff Henderson under the direction of Roller Funeral Home in Paris.