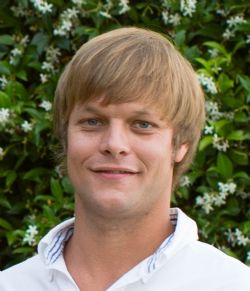 Anthony Brian King, 37, of Little Rock, Arkansas, lost his life on October 27, 2020, in the act of helping a stranger.
As a Christian, he lived the life of a Good Samaritan up to his last moment. His courage and quick thinking saved at least three lives over the course of his life.
Anthony quickly won over those he met with his clever quips, charm, and down-to-earth personality. He enjoyed the outdoors, hunting, fishing, and kayaking. He was an electrician and had an extensive collection of rocks, knives, and vintage t-shirts.
Anthony was welcomed into the world on January 13, 1983, by parents Lori Hoggard and Phillip King. He is survived by his mother, Lori Hoggard, and father, Phillip King. He grew up with an older brother, Andrew King (Kristen) of Little Rock, Arkansas, and younger sister, Aimee Gardner (Todd) of Houston, Texas. He also had three half-brothers, Alexander King of Fayetteville, Arkansas, Israel and Isaac King both of Sherwood, Arkansas, and half-sister Amalie King of Nashville, Tennessee. He had a special place in his heart for his paternal grandmother, Mary Nell King Carter (R.B.), and maternal grandparents, Gary and Patricia Hoggard. He is also survived by his Aunt Julie Carter (Brock), Uncle Rodger King (Kathy), niece Kennedy, nephews Anderson and Sullivan, and many cousins and extended family.
He was preceded in death by his paternal grandfather, Ray King, and uncle, Scott Hoggard.
Anthony's life celebration will be Saturday, October 31, 2020, at 2:00 P.M. at Macedonia Baptist Church in Humnoke, Arkansas. Visitation will be Friday, October 30, 2020, at Roller England Funeral Home (501) 842-3939 from 6:00-8:00 P. M. Burial will be in Union Valley Cemetery, Coy, Arkansas.
We are complying with the Arkansas Department of Health guidelines and limiting indoor funeral attendance, and visitation is limited to 50 people at one time. All attendees must provide and wear their own masks before entering.
Memorials in honor of Anthony may be made to Mothers Against Drunk Driving (MADD), 511 E. John Carpenter Freeway, Irving, TX 75062.