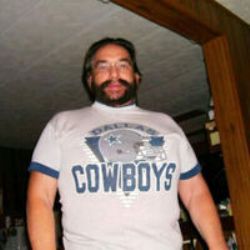 Gerald Christopher ''Bones'' Queen, 66, of Paris, Texas passed away August 26, 2020.
He was born on June 10, 1954 in Dayton, Ohio the son of Eugene and Jo Ann Benchic Queen. Gerald was an electrician at Kimberly-Clark and served in the U.S. Air Force.
He was preceded in death by his wife, Doris E. Queen in 2011; son Bryan Nauman; his parents and a brother, Rick Queen.
He is survived by his children, Kelly Queen, Krystal Queen and Chad Queen; grandchildren, Elaina, Elissa, Aubrey-Anna, Cason, Aurora and Koda and brothers, Jeff Queen and Tom Queen.
Graveside services will be at 10:00 a.m., Thursday, September 3, 2020 in the Egner Cemetery in Salado, Arkansas