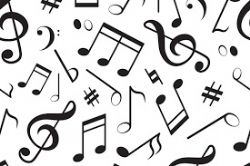 Michael Wayne Marlin, 56, of Pocahontas, passed away Monday, August 3, 2020 at St. Bernards Hospital. He was born October 18, 1963 in Little Rock. Michael worked for the Pocahontas School District and was of the Catholic belief. He was a talented musician.

A memorial service for Michael will be held at a later date.

Arrangements are by Roller-Farmers Union Funeral Home of Jonesboro.