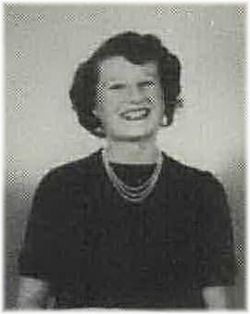 Joanne Christine Arendt, 86 of Paris, Arkansas passed away on April 20, 2020 in Paris. She was born on August 7, 1933 in Eagle Rock, California to her parents, Oliver and Barbara (Dorrance) Collins. She was retired from the Snowline School in San Bernardino County and always loved the ocean, traveling, spending time with her family and was always active in her church in Sequim Washington.

She is preceded in death by her parents, Oliver and Barbara (Dorrance) Collins; her first husband, DelMar Murray; her second husband, Joe Arendt and two grandsons, Jonathan Anderson and Nicholas Paul Volentine.

There will be a memorial service held at a later date. Cremation arrangements are under the direction of Roller Funeral Home in Paris.