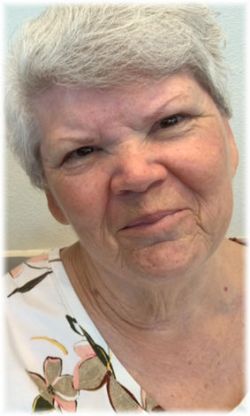 She was born October 7, 1950, in Paris to the late Earl Franklin, Sr. and Anna Mae (Barnett) Scrivner. Joyce retired from Blue Cross Blue Shield in Little Rock. After her retirement she worked at the Paris Public Schools as a special education assistant and a bus driver. Joyce was a member of the Roseville Baptist Church.

In addition to her parents she was preceded in death by her husband, Gary Burgess; a sister, Goldia Jean Beshoner; three brothers, Bill, Earl, Jr. and W.T. Scrivner and a great nephew, Austin Avery King.

The funeral service will be held at 10:00 a.m., Saturday, December 28, 2019, at the Roller Funeral Home Chapel with the Rev. Paul Farnam officiating. Burial will follow in Oakwood Cemetery in Paris under the direction of Roller Funeral Home in Paris.

The family would like to give a special thanks to Joyce's caregiver, Dawn Binkley.