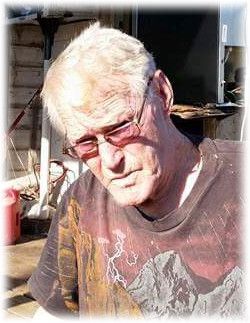 Carl V. Fox, 79 of New Blaine, Arkansas passed away on Friday, December 5, 2019 in Conway, Arkansas. He was born on June 24, 1940 near Muskogee, Oklahoma to his parents, Carl J. and Sarah (Dempsey) Fox. He was a retired United States Army Veteran serving for over 23 years. After his retirement from the Army he drove a truck for many years.

He is preceded in death by his parents, Carl J. and Sarah (Dempsey) Fox; his wife, Jean (Fennell) Fox; two sisters and one brother.

He is survived by his two daughters, C. Jeania Fox of New Blaine and Liza Fox of Paris; one son, Carl J. Fox and wife Maria of Ratcliff; two grandchildren, Aaron Fox and Heather Rice; two great grandchildren, Mathias Fox and Marly Fox and other family members, Sara Hawes of Las Vegas, Dallas Hawes of California and Kim and Steve both of California.

Burial of cremated remains will be in Oakwood Cemetery under the direction of Roller Funeral Home in Paris.