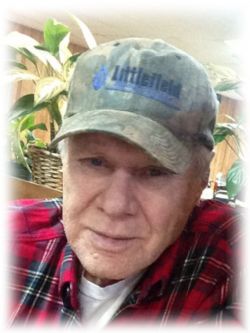 He was born January 13, 1947, in Biscoe, Arkansas to the late Reuben and Jettie (Black) Roach. In addition to his parents he was preceded in death by a sister, Sherry Roach.

Survivors include his wife of 20 years, Debbie Roach of Paris; a son, Jacob Roach and wife, Audrey of Farmington; a daughter, Barbara Shatswell of Lawton, Oklahoma; five step-daughters, Christine, Melissa, Brandy, Jennifer and Kathy; numerous grandchildren including, Kyleigh Neumeier of the home and three sisters, Linda Carpenter of Oregon, Phyllis Willhite and husband, Jerry of Duncan, Oklahoma and Kristie Hutchinson and husband, Larry of Paris.

A memorial service will be held at 2:00 p.m., Wednesday, December 11, 2019, at the Roller Funeral Home Chapel in Paris with the Rev. Kenny Maness officiating. Burial will follow in Oakwood Cemetery at Paris under the direction of Roller Funeral Home.