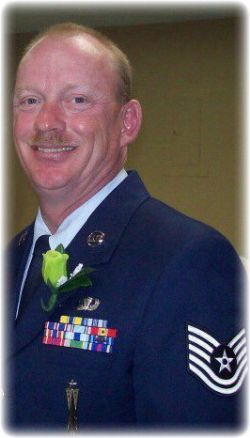 Jamie was born in San Pablo, California October 8, 1965 to the late James Albert and Pearlene Francis (Kay) Payne. Jamie was the youngest brother out of seven boys and four sisters, who all spoiled him. He graduated in 1984 from Viola High School; that same year he was baptized into the Church of Christ of Viola, Arkansas. He served our military for 24 years including the Air Force and Army National Guard. He retired in 2015 from Kirtland Air Force Base of Albuquerque, New Mexico. After retirement he moved to Harrison to be near family.

Some of his favorite hobbies were fishing, hiking, and spending time outdoors with his family. He also enjoyed many sporting activities which included golfing, bocce ball, and umpiring baseball games. During football season no one was allowed to talk to him while the Pittsburgh Steelers were playing on television. Despite the fact that he was a diabetic, he could out eat anyone when it came to chocolate.

He was preceded in death by his parents, and three brothers: Keith Eppes, Randy Eppes, Lanny Eppes.

Interment with military honors provided by the United States Air Force will follow at Layton Cemetery in Yellville.