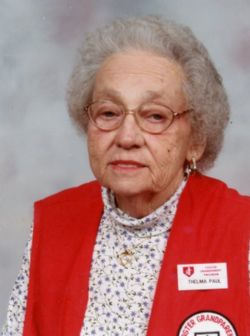 For 28 years she was a foster parent for Evening Shade and Cave City Schools. Most knew her as Granny. She was an avid dancer and card player. Once, she received an award for walking over 1000 miles one summer.

The funeral service will be at 10:00 a.m. on Wednesday, August 28, 2019 at Cave City 1st Assembly of God with Bobby Sanders officiating. Burial will follow at Mt. Carmel Cemetery.

Visitations will be from 5:00 p.m. to 7:00 p.m. on Tuesday at the Roller-Crouch-McGee Funeral Home in Cave City.