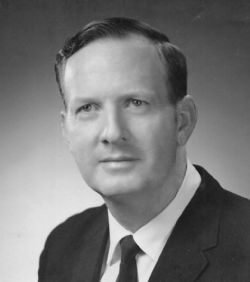 Originally from St. Louis, MO, David moved to Searcy where he was a Supervisor for Southwestern Bell Telephone Company for 45 years. He was a member of the College Church of Christ.

David was a life-long member of Searcy Lions Club. He was an Alderman for the City of Searcy for seven years before moving to his farm. David was a 32nd degree Mason of the Masonic Lodge and a veteran of the 153rd Infantry Division of American Fourth Army.

David was regarded as a very kind, loving family man, who, along with his wife, took care of their handicapped son at home, being blessed never having to place him in a nursing home.

Private arrangements have been made through Roller-Daniel Funeral Home.

In lieu of flowers, donations can be made to "The Humane Society of Searcy''.