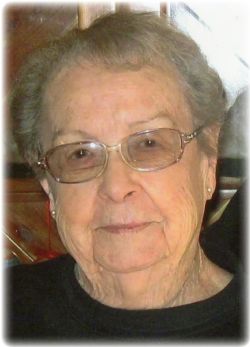 Geneva Haley, 92 of Judsonia passed away at her home on June 18, 2019 surrounded by her family. She was born on March 26, 1927 in Searcy to the late Alex and Wilma Westbrook Strayhorn. She was also preceded in death by her husband, Clarence Eugene Haley, one brother Wilburn Strayhorn and one sister Dean Hockin.

Geneva was an active member of the Judsonia United Methodist Church since 1950 and worked in many areas of the church as long as her health permitted. She was a bank teller by day and a loving wife, and mother by night. She had beautiful flowers gardens and enjoyed watching and feeding her birds. She and her husband raised their family on a farm in the Judsonia area where they raised cattle and also had a garden.

Services for Mrs. Haley are set for Friday, June 21, 2019 at the Judsonia United Methodist Church with visitation at 10:00AM and the funeral service to begin at 11:00AM. Entombment will follow at White County Memorial Gardens. In Lieu of flowers, memorials may be made to your favorite charity. All services are under the direction of Roller-Daniel Funeral Home.