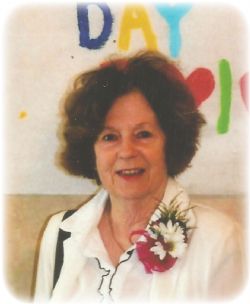 Our beloved "Wig", Mary Elizabeth (Smith) Nelson departed from this world Friday morning, April 5, 2019. She was born in Mull, AR on May 29, 1929 to Benjamin Harrison Smith and Alice Idella (Dillard) Smith. Wig was a nickname lovingly given to her by her father because she was like a "wiggle worm in hot ashes She grew up around Buffalo River and remained a consistent visitor all of her years. She began life as a loving and hardworking daughter and sister who enjoyed tickling the ivories. She once said that learning to play piano at around age 8 opened up her mind and thoughts to where she felt she could experience the world see the bright lights of the big cities, smell the salty ocean, and just escape and imagine an existence far away from the country, farm life. She could truly make that piano dance!

Mary played basketball at Yellville-Summit high school the beginning of a life-long fascination with the sport. In her later years, she was cheering on her favorite teams: the Yellville-Summit Panthers and the Lady Razorbacks, always making sure to attend Y-SHS homecoming to receive her award of the oldest Lady Panther - an honor which will now be passed on. She became a remarkable needle-worker, learning from her mama "an excellent seamstress…she did it right". Her desire to learn was possibly spurred on by an early embarrassment: when she was to have her picture taken at school for the newspaper, she wanted a belt to go with her dress but didn't have one. Therefore, she tied a piece of red yard around her waist. "Mama was so upset with me because she kept up with the latest fashions. She knew my belt didn't match." She went on to sew everyday clothes, pageant dresses, winter coats, quilts, and even Raggedy-Ann dolls for her children and great-grandchildren.

Mary got married and had two children, Sherry & Terry, and raised those children with every bit of strength and wisdom she had. In those days, a single woman raising children was almost unheard of, but she did it with love, compassion, and grace. She was rewarded with three grandchildren, which she doted on whenever possible, as well as numerous nieces, nephews, and great-grandchildren.

She remained very active throughout her entire life, being told well into her 80s to stop mowing her lawn. She could be seen once on rollerblades when she was 71 and even played a big game of kickball with her son, grandchildren, and great-grandchildren at the young age of 83. She couldn't be idle long and was often seen tending to her garden and hollyhocks, at the local library, Buffalo Point, or Buffalo Point Restaurant (Nelda's Restaurant). Although she didn't want to live anywhere but close to Mull, she always dreamed of someday visiting other countries, England being her biggest dream. Wig also became an artist; her house became her own personal art gallery full of beautiful oil paintings and pastels.

What comes to mind most often when thinking about Mary is her service to the Lord. She was a devout Christian her entire life, always faithful and full of integrity. She was spunky, yet unwavering in her faith. She should be remembered as the embodiment of what Christians strive to be. Mary was a cornerstone founding member of the Yellville (Broadway) Church of Christ and she will forever be recognized and remembered as such - leading many to the Word of God. Her presence and influence will be missed dearly...her piano playing and laughter a true loss to anyone lucky enough to have had the opportunity to hear. We love you so much dear mother, sister, cousin, aunt, grandmother, great-grandmother, dear friend...until we meet again.

Funeral service will be 2:00 pm Thursday, April 11, 2019 at Yellville Church of Christ with her nephews Bryan Jefferson and Scotty Jefferson conducting the services.

Interment will follow at De Soto Cemetery near Yellville.

Memorials may be made to Yellville Church of Christ of De Soto Cemetery.

For online condolences go to www.rollerfuneralhomes.com/yellville