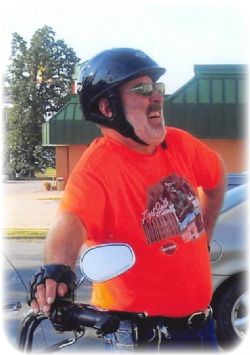 David Allen Deislinger of Flippin passed away March 4, 2019 surrounded by his loving family and friends. He was born in Ft. Smith, Arkansas on September 7, 1951 to Charles Allen Deislinger and Betty Bailey Deislinger.

David attended schools in Ft. Smith, Fayetteville, and Little Rock before attending Arkansas Tech in Russellville where he met his wife, Berna Risley.

David and Berna were married June 2, 1973 in Peel, Arkansas. They became the parents of two children: Devin Keith and Rebecca Ann.

David had worked at the Nuclear Plant in Russellville x-raying pipe welds and had guided fishing trips on the Buffalo and White rivers. He worked on the Missouri Pacific Railroad, the Union Pacific Railroad, and the Missouri and North Arkansas Railroad while farming part time. He later pursued his lifelong dream of being a fulltime farmer. He raised turkey, beef cattle, and produced custom baled hay.

David enjoyed riding his Harley, going on weekend rides, and attending rallies with friends. He also enjoyed collecting Case knives which he displayed proudly. But most of all David was a family man. He loved his family and friends. He was a devoted husband, father, and grandfather. Nothing made him happier than spending time with his grandchildren. He will truly be missed.

Funeral service will be 10:00 am Friday, March 8, 2019 at Roller-Burns Funeral Home Chapel in Yellville with Terry Ott and Jerry Greenhaw officiating.

Interment will follow at Flippin Cemetery in Flippin, Arkansas.