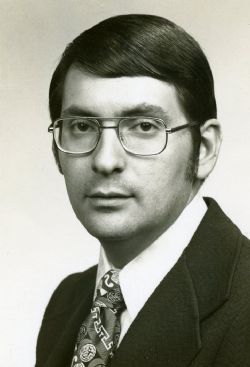 Donald Loyd Brown, 77, of Greenbrier, went to be with his wife and family who preceded him to heaven on March 31, 2018 after spending the day surrounded by his children and grandchildren.
Don was born January 2, 1941 in Cape Girardeau, MO to the late Loyd Oliver and Louise Sophie Brown. He graduated from Male High School in Louisville, KY in 1958. He graduated from the University of Louisville in 1961 with a Bachelor of Science degree in Commerce. Don served in the United States Air Force National Guard for six years. He married the love of his life, Sarah Baxter in July of 1964.

Don was a visionary, an entrepreneur, a banker, a realtor, an insurer and in his retirement years, a newspaper man. He had a keen sense of humor and an easy laugh. He was a great listener, enjoyed reading, bowling, eating Sarah's cooking and spending time with his grandkids. Above all else, he was a loving family man.

He was a member of the Quitman Baptist Church and served as deacon for many years.

He is survived by his two sons, Wayne (Angela) Brown, and Brian (Crystal) Brown, daughter, Beth (Todd) McDearmon, eleven grandchildren: Jake, Sean, Grant and Bradley Brown; Erica, Dylan, Hunter and Faith McDearmon; Bri, Halle and Jackson Brown, and one great grandchild, Iris Joni, on the way. He is also survived by his sister, Delores (Richard) Tauscher and many nieces, nephews, family and friends.

Donald was preceded in death by his parents, and wife of 48 years, Sarah Louise Baxter Brown.

The family would like to thank the Greenbrier Nursing Home staff for the kind and loving care they provided Don over the past three years.

Visitation will be Wednesday, April 4, 2018 from 6-8PM at Roller McNutt Funeral Home in Greenbrier. A private family Graveside Service will be held at 10:00 AM Thursday, April 5, 2018 at Cleburne County Memorial Gardens in Heber Springs.

In lieu of flowers, the family respectfully asks that you make a donation in Don's name to the Cure Alzheimer's Fund at curealz.org or any charity you prefer.