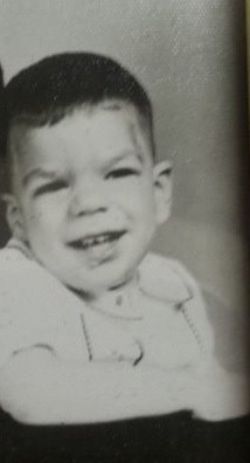 
Ben Wallace Hicks, 58, returned to Heaven to join his mother Royce and father Ben on May 22, 2014. Buddy Ben is survived by his sister Andrea Hicks Jaber of Missouri City, Texas; his brother-in-law Thomas Jaber, his nephews and niece, Benjamin, Patricia and Joseph Jaber; and by many uncles, aunts and cousins.

A resident of the Conway Human Development Center since its opening, Buddy Ben received wonderful loving care from Felicia Bailey, Dr. Garry Stewart, Julie Davis, and the entire CHDC staff. His family is forever grateful for these people and this place.

Buddy Ben's body is next to Mama and Daddy in Mulberry Cemetery in England, Arkansas, but now he is singing and dancing in Heaven.